As with every other commercial real estate sector, the industrial market in Denver remains very robust and shows no signs of weakening. In fact, as opposed to other market sectors where performance seems to have leveled off over the past year, industrial vacancy rates have continued to decline, asking rates have increased, and strong net absorption is still being realized.

Vacancy across the Denver market stands at 4.5%, down slightly from the past two quarters. The vacancy rate has been declining since its mid-2010 high of nearly 16%, with a steady, dramatic decline since late 2012. Flex projects stand at 6.5% vacancy, while warehouse vacancy is at 4%. In the various submarkets, Aurora had the highest vacancy rate at 8%, while the West Denver submarket had an incredibly low 1.4% vacancy rate.

Denver’s vigorous economy and increased visibility as a top tier market have allowed the industrial sector to continue its run of 35 consecutive quarters of positive net absorption. Developers are still active with over 4 million square feet delivered in 2018 and another 6 million square feet of projects underway. 2018 also saw record high lease rates as well as sales activity. The healthy market fundamentals and strong demand point to impressive industrial metrics in 2019.

The table below reports some of the key market indicators of the industrial property market, across 12 submarkets and the metro Denver area. 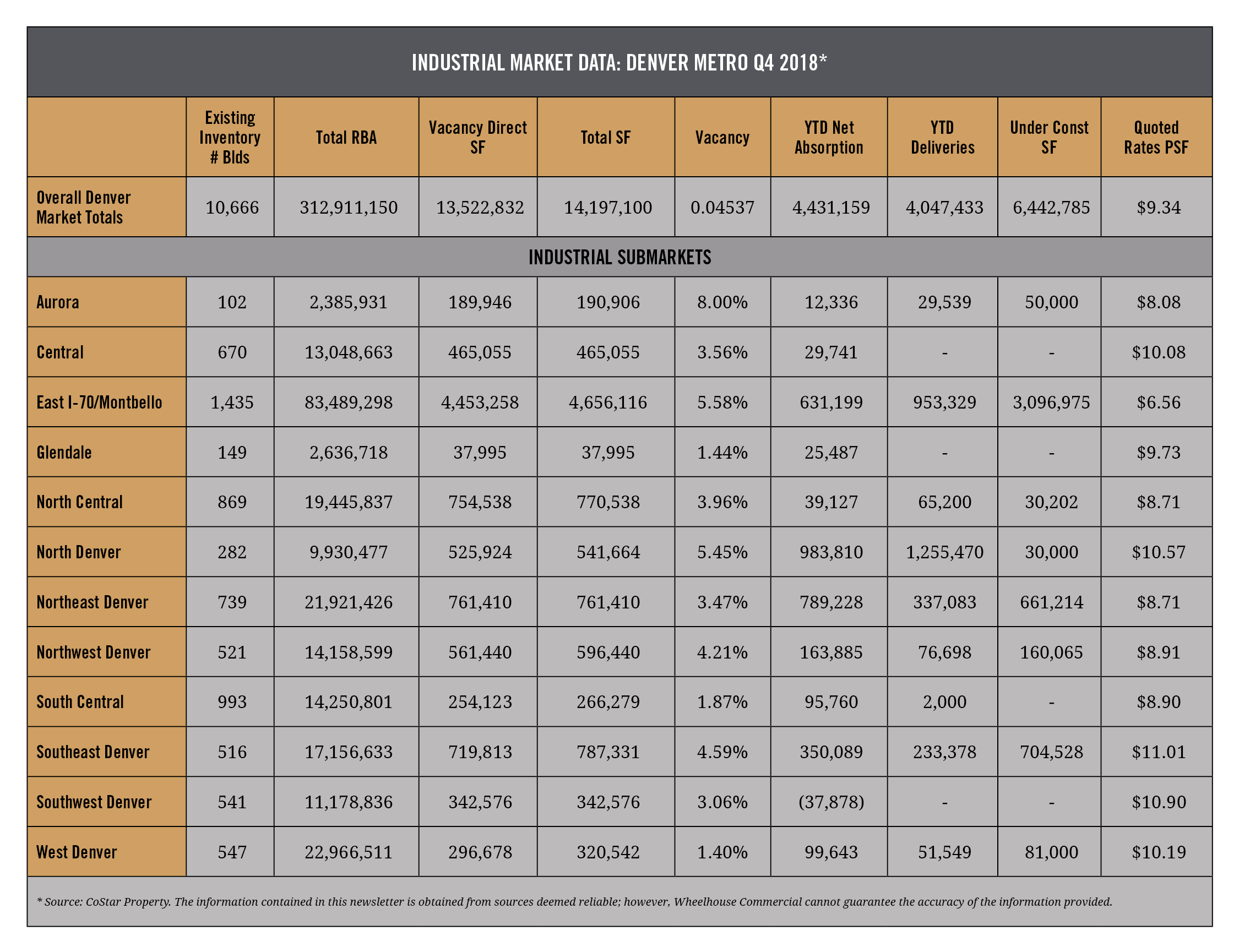 The information contained in this article is obtained from sources deemed reliable; however, Wheelhouse Commercial cannot guarantee the accuracy of the information provided.