As part of our continuing effort to bring our readers relevant and concise market information, we have compiled and analyzed the most recent retail market data from the last quarter. We hope it will be a useful resource for all current or potential Denver commercial property owners, investors and operators.

The table below reports some of the key market indicators from 11 submarkets across the greater Denver retail market. 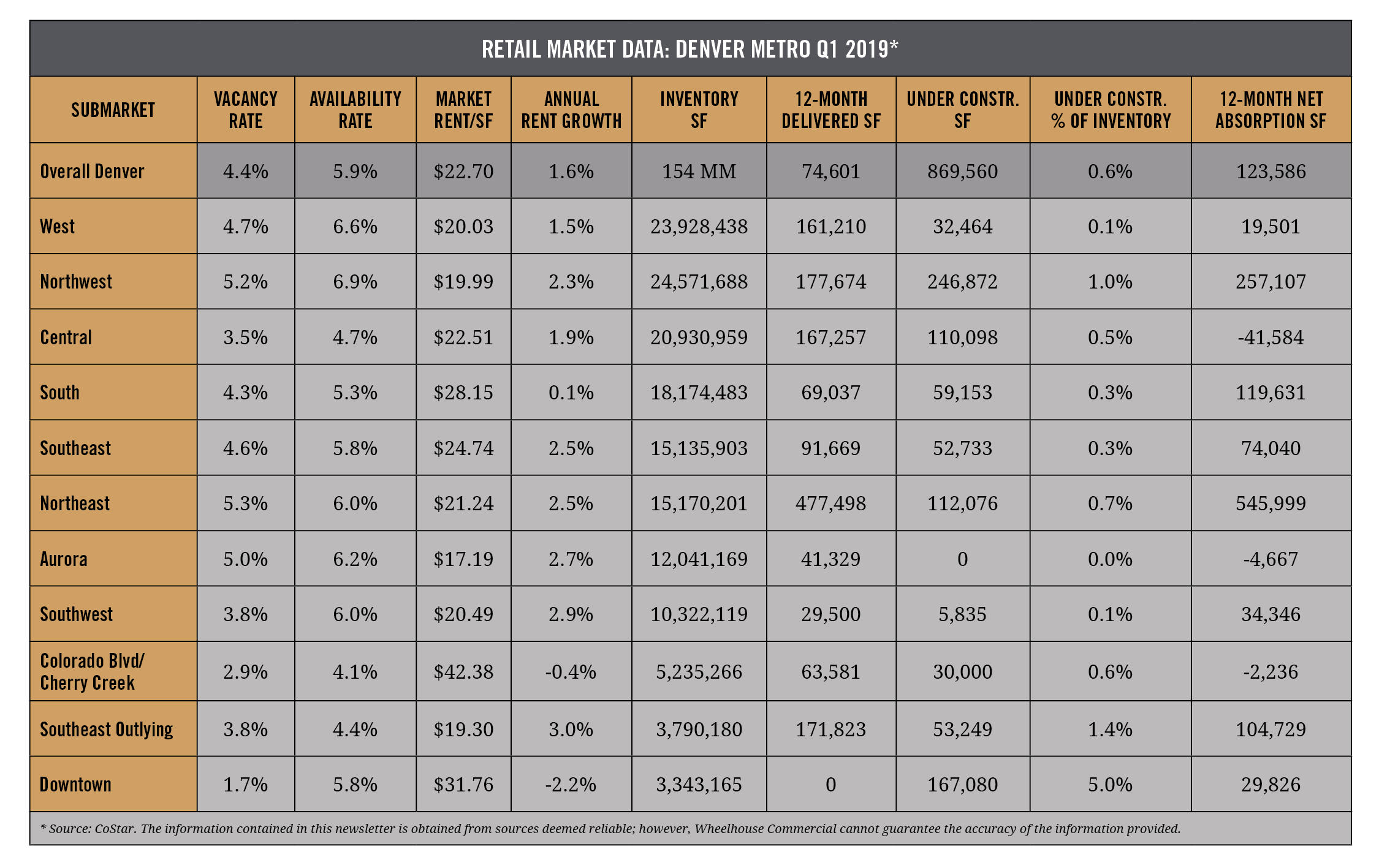 The Denver retail market remains much the same as has been reported over the past several quarters, and in fact, years. The landscape is still almost universally positive, as the Downtown/Core area has lead the nation in rent growth over the past five years and those gains have spread throughout the suburban submarkets as well, albeit at a much more controlled pace.

Retail rents have increased by 5% annually over the past five years. In this past quarter, two submarkets actually saw a decrease in year-over-year rents, however, they were the two highest price submarkets of Cherry Creek and Downtown, which have realized the greatest rent growth since the beginning of this cycle in 2012. In the case of downtown, it has seen the greatest rent growth in the country, so it is not surprising that the market has cooled somewhat. However, all of the other submarkets have seen year-over-year rent growth in the .1% to 3% range.

Vacancy rates peaked at 9% during the great recession and now remain at historically low levels, at 4.4% for the overall market. The vacancy rate throughout the Metro area has remained below 5% since mid-2015. It is quite impressive that the highest submarket vacancy, in the Northeast corridor, is only at 5.3%. The downtown submarket remains very tight at 1.7%. 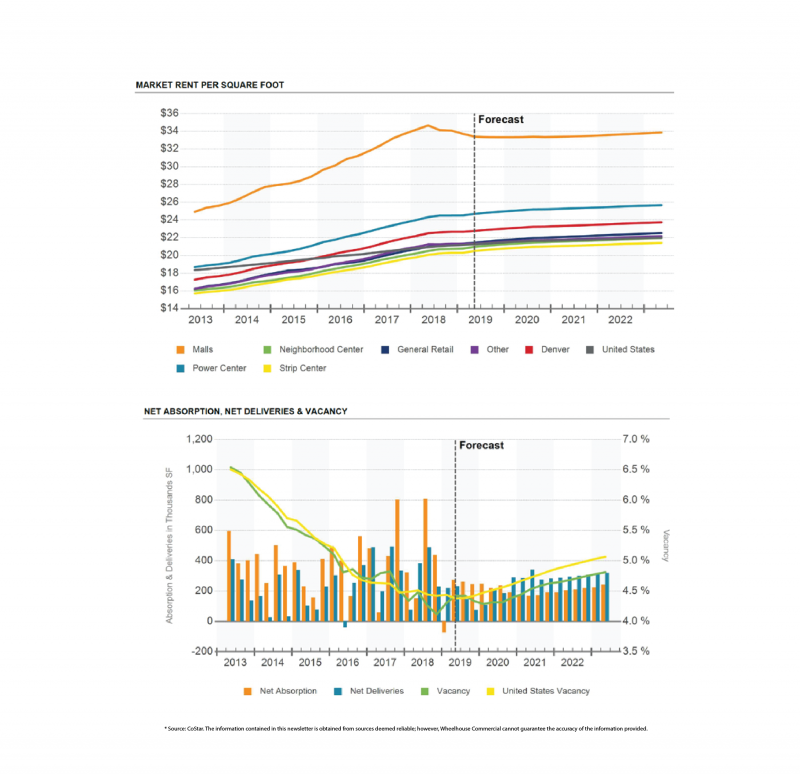 Vacancy rates and rent growths are forecast to remain very consistent for the next two years. New supply has been held in check throughout this cycle by the seemingly insatiable demand from apartment developers (they are gobbling up the available land at prices higher than retail developers are willing to pay). The strong overall economic indicators for the Denver market, coupled with the relatively low construction deliveries, will make for a very stable market, with vacancy expected to remain below 5% and rent growth to hover only in the 1% per annum range for the next few years.