Denver’s Retail Real Estate Market is Red-Hot, But Can It Last? 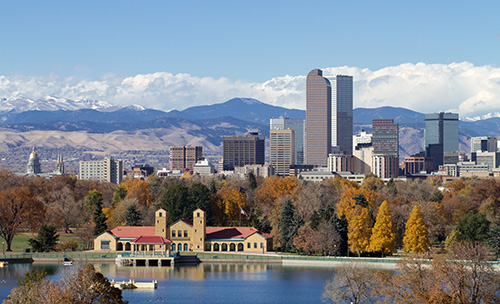 It’s a great time to own retail property in the Denver market. Over the past 11 years, Denver’s retail real estate market has soared, enjoying record-setting rent growth, thanks to fantastic demographic growth, record low vacancy, and historically low unemployment rates. But as several economic factors point to storm clouds on the horizon, a burning question remains: Is the party about to end?

Since the bottom of the recession in 2012, Denver’s rent growth has been the strongest in the top 50 metropolitan markets – averaging 5% annually where nationally the rate was just 2%. At the peak of the recession, the Denver metro retail vacancy rate was over 9%, and today it’s around 4.2%. Due, in large part to a lack of supply, vacancies should remain close to historic lows for at least another year or two.

Excellent demographics also contribute to these near-record occupancy and rent rates. One reason is that Denver continues to be a magnet for relocation. Since 2012, the Denver Metro area has added almost 400,000 people, with 30% of those moving to the city of Denver and more arriving every day. Millennials make up the majority of these transplants. Denver has become the nation’s number two destination for millennials (25- to 34-year-olds) behind only Houston.

While the entire Denver metro area is growing, retail rents in highest performing submarkets have seen remarkable gains this cycle. This mirrors a trend playing out nationally, where tenants are shelling out unprecedented chunks of cash for a limited set of top-tier locations.

Downtown retail rents have surpassed the peak of the last cycle by 50%. Moreover, a concerted movement of households, wealth, and employment to downtown submarkets have pushed rents in the Downtown and Cherry Creek Submarkets well beyond their historical levels; as a result, vacancies in these areas have been razor-thin for years.

There has even been renewed strength in several suburban retail submarkets. While many saw lackluster rent growth earlier in the cycle, they’ve emerged as the cycle has progressed as well.

Another interesting retail industry trend is adding fuel to the fire. The rise of “Clicks-to-Bricks” – brick and mortar stores opened by online sellers – is adding to demand for retail space. While this trend is expected to continue, it’s still too early to measure their long-term impact on the overall retail market.

All good things must come to an end. As we officially entered the longest economic expansion coming out of recession in U.S. history, all indications point to a slow-down soon. While it’s hard to predict when the slow-down will hit, some say Q4 2019, others say Q3 to Q4 2020.

An economic downturn, coupled with other market factors such as increasing housing costs, growing labor costs, triple net charges, big-box vacancies and online retail sales, will all have an impact on retail rents and vacancies.

Denver’s home prices have grown rapidly over the past several years in home prices; the average sales price for a home in the Denver metro area now hovers around $400,000. Several factors contribute to these increases.

Our historically low unemployment rate of 3.2%, coupled with the building boom, has significantly increased labor demand and costs. The original version of the Construction Defect Law was rather onerous on builders and essentially stopped construction of condos in the Denver Metro area after the 2008 crash. There has been no significant amount of condo development since then.

A 2017 reform to the law has opened some condo development, but it is not a significant amount. Condos are the entry-level housing for many young people. Shutting down condo development forced young buyers into single-family homes,  increasing demand (and thus prices) on those properties.

Triple Net Charges On the Rise

As property values go up, so do their tax assessments. Significant increases in property taxes over the past two assessment periods (2017 and 2019) have resulted in huge jumps in triple-net charges to tenants. In some markets, particularly the hot downtown market, property taxes have increased by 70% or more. Some retailers will be able to absorb this increase, while some, especially smaller tenants, may not. With so many retailers surviving on slim margins, this may force some tenants to default.

Big Box Vacancies Are Going Up

Big-box tenants continue to struggle in the changing retail world. Toys R Us/Babies R US went bankrupt, and JC Penny’s, Macy’s, CVS, and Sears all have had store closures. Sears, with its more than 700 remaining stores, always seems to be on the brink of bankruptcy. Many of these vacancies are being repurposed for smaller tenants since the number of 100,000+ sf tenants is very limited. But, repurposing big-box stores is expensive and lease up cycles are very long.

The Impact of Labor Costs

If there is any one situation that will cause the booming market to fizzle, it will be labor costs. As labor costs increase, prices for new buildings, renovations, and repairs increase. As the prices rise, the potential market for products and services will decrease, reducing competition, and therefore, prices. This death spiral can have a wide-ranging impact across all aspects of the economy, and once started, it will be hard to stop.

During this economic recovery, labor costs have increased dramatically. A massive building boom has factored into near-record unemployment rates, increasing labor costs in every industry. In particular, the competition for skilled trade labor is fierce. In some instances, labor costs for construction have increased by 40%. These increases are necessarily passed along to the buyer.

But, Denver’s retail future is not all doom and gloom. The Front Range’s population growth has been the secret sauce fueling the retail sector’s strong performance and is expected to continue. The high quality of life, coupled with lower costs of living compared to the coasts, make Denver an attractive place to live. Most experts predict Denver’s retail real estate market will continue to outperform the rest of the nation for the next several years.