The Denver office market continues its rebound after struggling a bit in 2015 and 2016. The rent growth slowdown during that period was due mainly to the oil-and-gas industry struggles and primarily affected the Class-A/Central Business District (CBD). Since the end of 2017, vacancy rates have continued to decline and positive rent growth is still being realized. 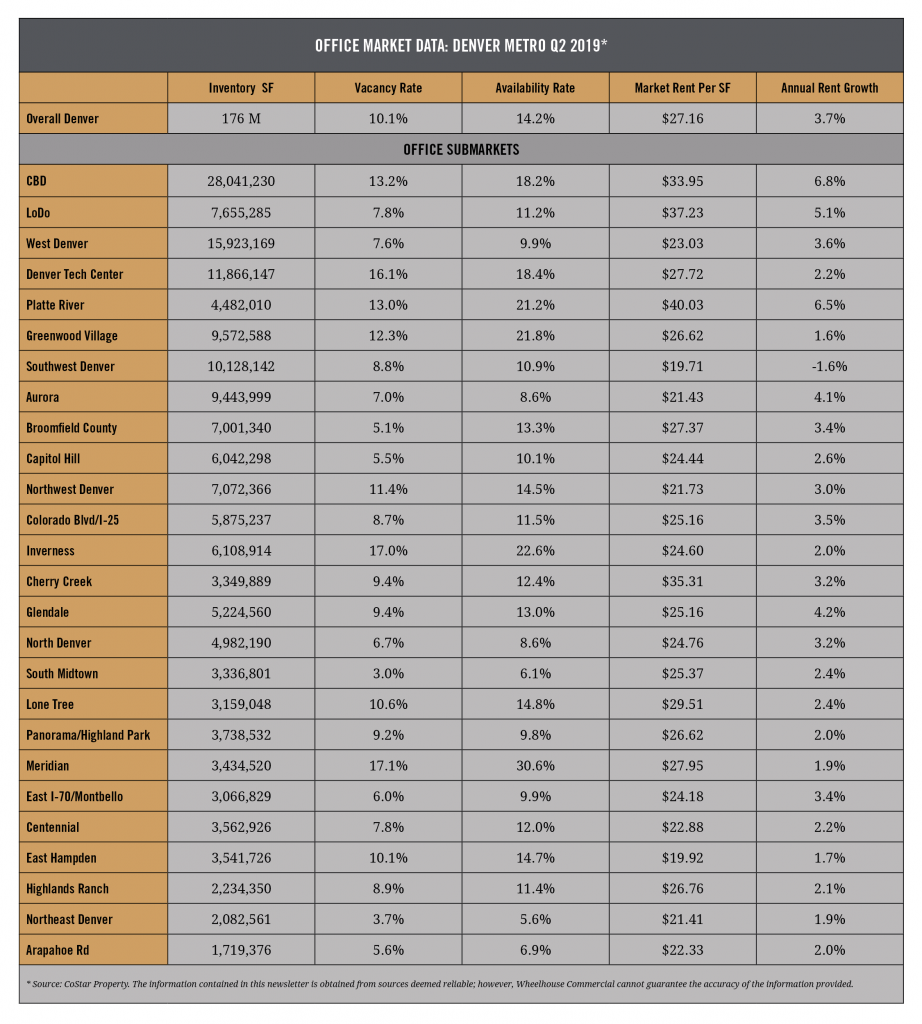 With the exception of Southwest Denver, every submarket that we track saw positive year-over-year rent growth in Q2 2019. The CBD and Platte River submarket rent growth was particularly strong with 6.8% and 6.5% respectively. The CBD rent growth has been quite extraordinary over the past few years (along with the retail sector). This is mainly due to our bourgeoning tech sector and our elevation as top-tier market, just below the ‘Coastal markets.’

The Denver office market vacancy rate just fell to 10.10%, making it the lowest rate since early 2001; this marks nearly two decades in decline. Vacancy has dropped nearly uninterrupted for 10 years, with a slight increase in 2015 and 2016 (again due to oil and gas). As has been noted in the past, the submarkets with the highest vacancy rate are the ones that have had significant supply increases as a result of construction activity, which is almost entirely Class-A product. In submarkets where there has been little new additional office product, the vacancy rates are significantly below 10%. 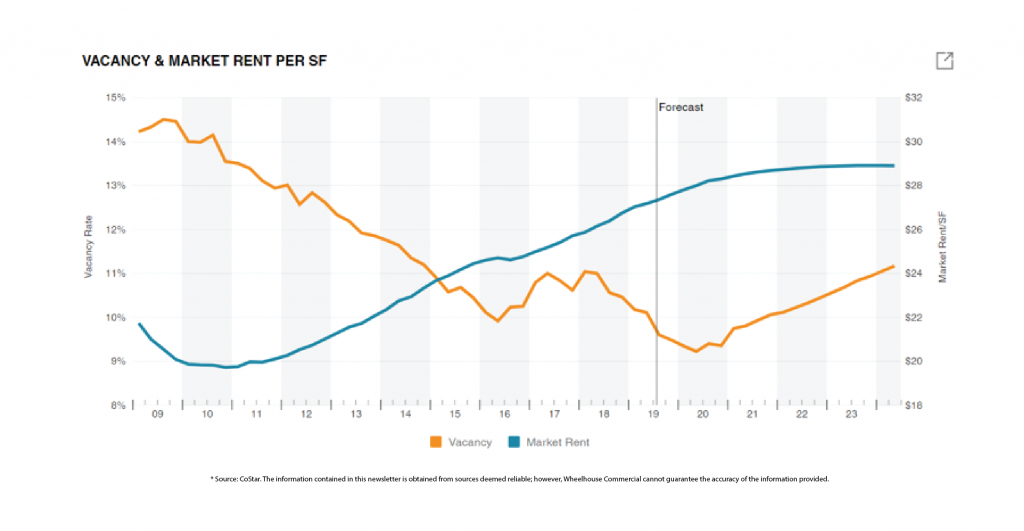 It appears that the Denver office market will stay on this same trajectory for the next year or so. Predictions are that the vacancy rate will continue to decline (below 10%) until mid-to-late 2020, and then will increase at a steady rate. Market rents also will increase in the 2% – 4% range during this same period, and then begin to level off.