Wheelhouse Commercial has compiled and analyzed the most recent office market data from the last quarter. The table below reports some of the key market indicators from submarkets across the greater Denver office market, during Q4 2019. 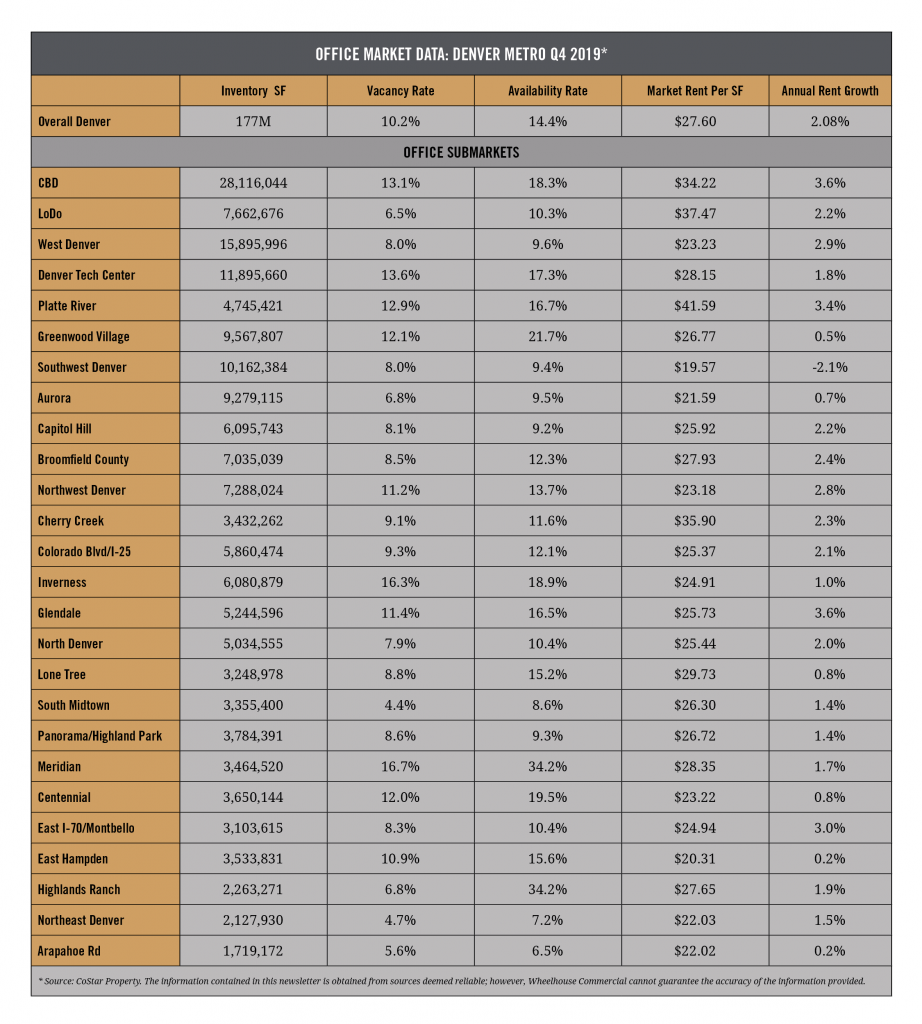 The Denver metro office market remained very healthy as we closed out 2019. All of the key indicators remain positive, albeit tempered a bit from their highs in 2015 and 2016. Employment growth has slowed compared to the past several years (see below), and has fallen below the national average for the first time in years. However, the bright spot for the office sector is that nearly half of Denver’s job growth in the past 12 months has been in the tech sector. These jobs are relatively high-paying, and are primarily office based. Net office absorption has remained positive and is forecast to remain that way for the foreseeable future. 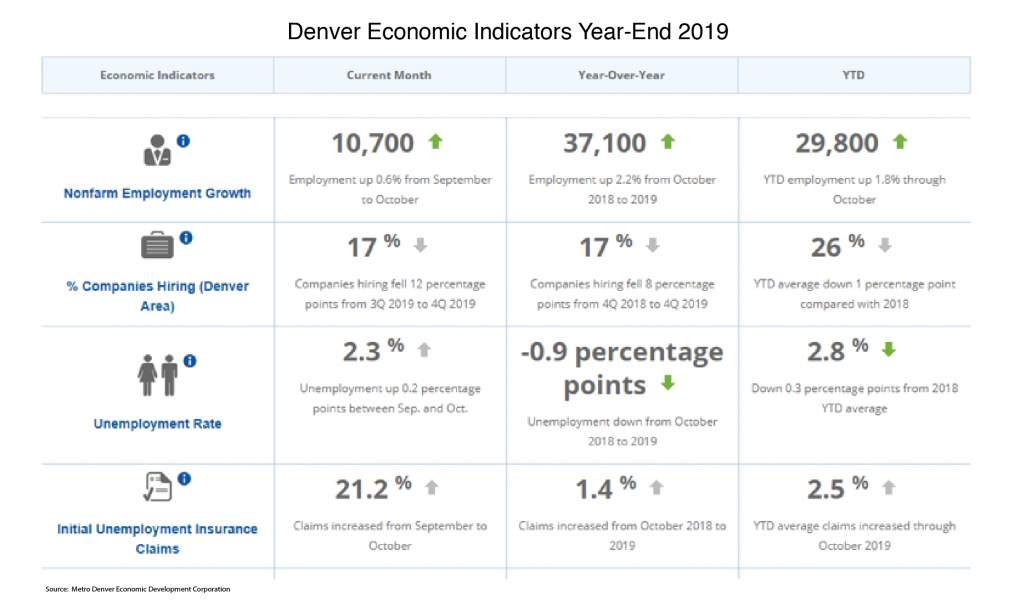 Denver office vacancy fell below 11% in early 2015 for the first time since 2001. Its current cycle nadir of 9.9% was achieved in early 2016 and has remained between 10% and 11% ever since. These figures are quite impressive considering the amount of office delivery since 2015. Vacancy is expected to remain below 11% for the next few years, eventually rising to 12%.

The vacancy rates in individual submarkets vary considerably, primarily due to new construction deliveries. As can be seen in the table below, the markets with the highest vacancies are those with the highest concentration of Class-A space where construction activity has been robust, namely the Central Business District and Tech Center areas. But despite the deliveries in ’17 and ’18, the market has continued to absorb the product. More deliveries are expected in late 2020 and early 2021, but again, the market is forecast to absorb it comfortably.

Rent growth is still positive in every submarket except one, Southwest Denver, which has been seen market rents fall since Q2 2019. However, rent growth across the entire Denver market, and across all classes (3-star to 5-star) began to slow in late 2019. The forecast is for Denver to mirror the national trend with office rents leveling off for the foreseeable future. 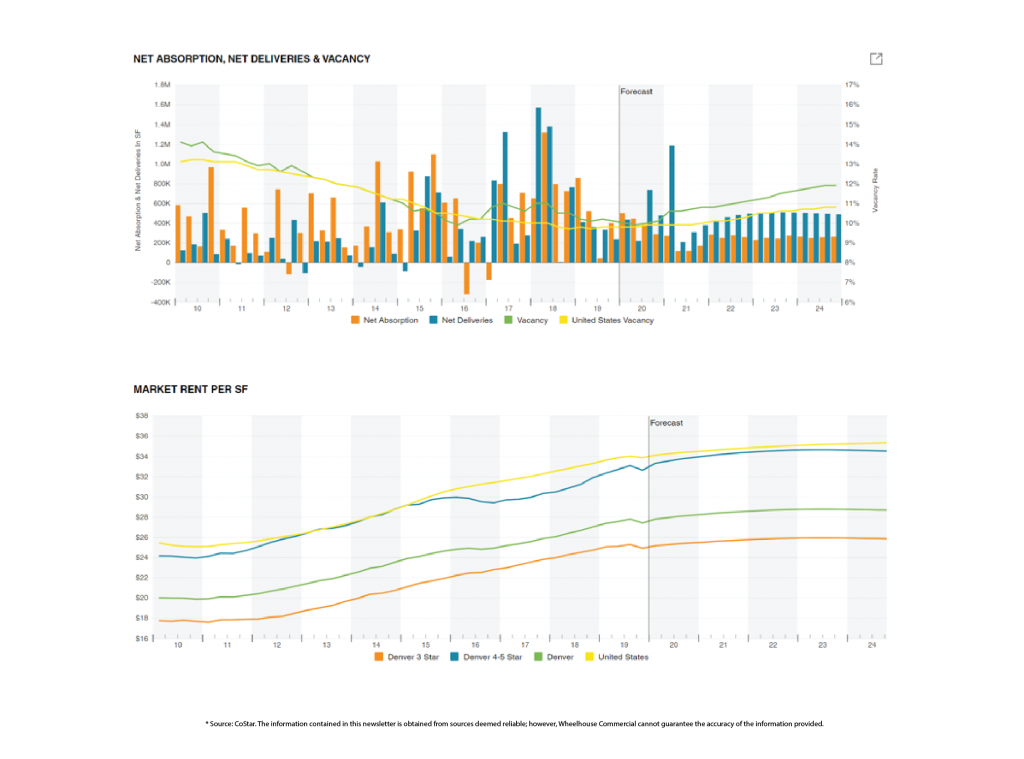